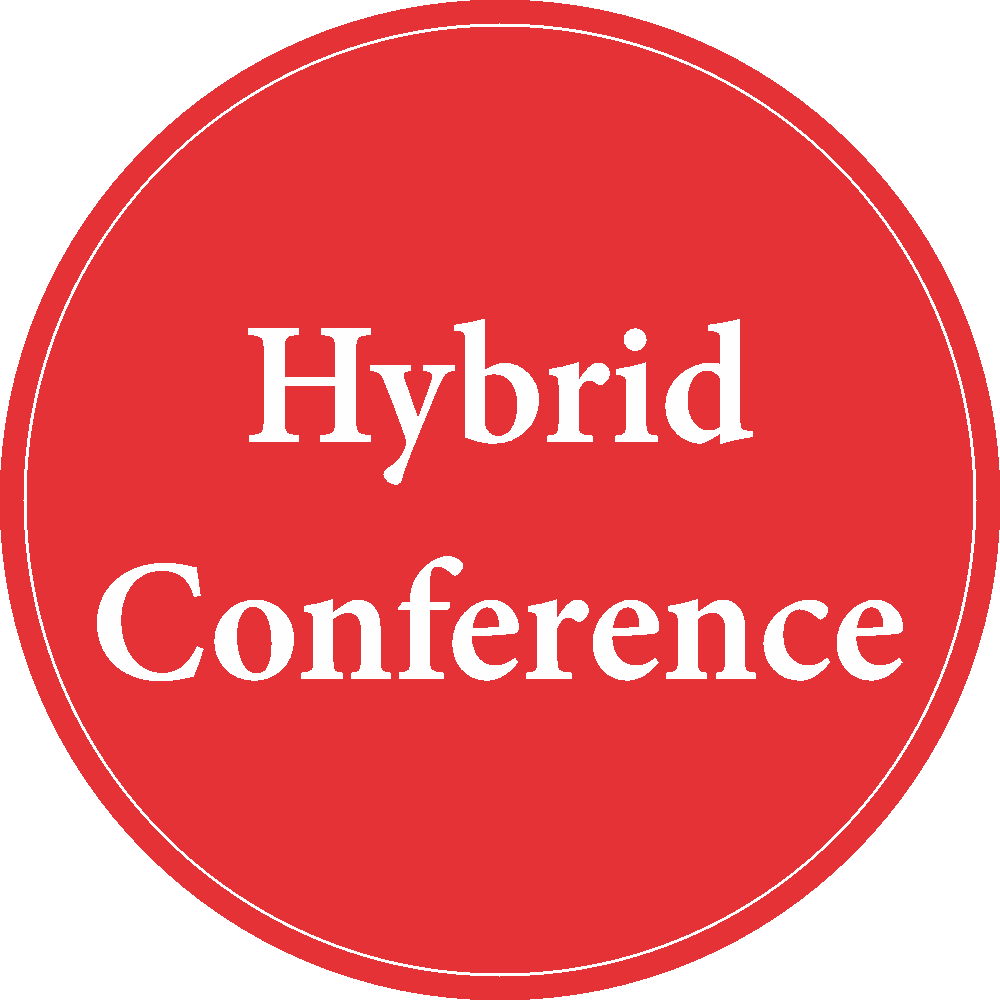 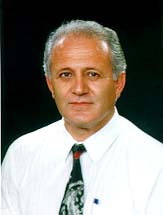 He was born in 1949 in the Bahçe district of Osmaniye. He completed his primary, secondary and high school education in Kahramanmaraş. He graduated from Ankara University Faculty of Agriculture in 1971. In 1977, he received the Doctor of Science title with the thesis he wrote in the Department of "Agricultural Genetics and Statistics" of the same faculty. Between 1981-82, he studied Theoretical Population Genetics at the University of Alberta, Canada, with a postgraduate scholarship. He became an associate professor in 1984 and professor in 1991. Between 1993-1995, he worked as the deputy rector of Kazakhstan Hoca Ahmet Yesevi University. In 2004, he became the Founding Rector of the Vocational Career and Economics University in Almaty, Kazakhstan. He worked in the Department of Biometrics and Genetics in Ankara University Faculty of Agriculture until April 2016. He is currently a lecturer at Kastamonu University, Faculty of Engineering and Architecture, Genetics and Bioengineering Department and the Director of the Turkish World Application Research Centre. He has published more than 30 research and review articles in the scientific field, 6 textbooks, 3 of which he is a co-author.

Orhan Kavuncu, who has carried out intellectual work since his student years in addition to his academic studies, wrote in magazines and newspapers such as Ocak, Töre, Devlet, Hasret, Genç Arkadaş before September 12, 1980. Later, his articles were published in Türk Yurdu magazine. He has two books and many articles on the Turkish world.

Orhan Kavuncu, who also worked in non-governmental organizations, was a member of the Turkish Agricultural Engineers Union, Ülkü-Bir and Ülkü-Tek  Board of Management before 1980. He held assumed positions in Turkish Hearths (Ülkü Ocakları) between 1985-1993 and 2005-2013. Between 2000-2002, he was the President of the European Nizam-ı Alem Organisation in Germany.

Kavuncu also got involved in politics for a period, served as the BBP (The Great Unity Party) Adana deputy in 1995-1999 and held various positions in the BBP Headquarters until 2003.

Orhan Kavuncu, who is currently the Head of Turkish Hearths Education and Culture Foundation (TOEK) and Turkey Uzbekistan Friendship Group (TODD), is married and has three children and eight grandchildren.

Prof. Dr. Zeynel Cebeci was born in Giresun in 1960. He graduated from Çukurova University Faculty of Agriculture in 1983. He completed his master's and doctoral studies at the Institute of Science at Çukurova University in 1985 and 1990, respectively. He conducted research studies, attended lectures and courses, and carried out studies on indirect methods in Fortran language to invert large-scale matrices in Hohenheim University Haustiergenetics Department (Stuttgart, Germany) 1987-1988 to complete a part of his doctoral work on developing computing algorithms for Best Linear Unbiased Prediction.

He worked as a computer programmer and manager in various private sector organizations between 1983-1985. He served as a research assistant at Çukurova University Faculty of Agriculture between 1986-1992, and he worked as an assistant professor in the same department since the end of 1992. He was appointed as an associate professor in 1993. At the end of 1999, he was appointed as a professor at the Department of Biometrics and Genetics at the Faculty of Agriculture, Çukurova University. He is still working as a faculty in the same department. He has served as the director of the Computer Science Application and Research Center at Çukurova University, the head of the Informatics Department and the director of the Distance Education Application and Research Centre in various years.

He offers undergraduate courses on statistics and agricultural information technologies, various graduate courses on Python, R for statistical analysis, bioinformatics and microarray analysis. He has conducted scientific research on metadata, semantic, multilingual web, fuzzy and probabilistic cluster analysis, cluster initiation algorithms and artificial neural networks in agriculture. He is the developer of kpeaks, inaparc and ppclust distributed in CRAN and fcvalid and VatAna R packages published on GitHub. The Organic.Lingua multilingual web project supported by the European Union within the scope of ICT-PSP is among the international projects he has participated in recent years. Feedtrace food traceability system, Traglor: The Repository of Agricultural Learning Recourses Turkey are among the major projects he has carried out in agricultural informatics. As a hobby, he takes walks in nature, does butterfly and bird watching activities and is interested in macro photography. He is the founder and system developer of AdaMerOs: The Butterflies Monitoring & Photography Society of Turkey (adameros.org).

Shafiqah Alawadhi is working as a Professor at the Department of Statistics and Operations Research, Kuwait University, Kuwait. She obtained her bachelor's degree in Statistics and computer science from Kuwait University in 1989, MSc in statistics in 1994, and Ph.D. in Statistics in 1998 both from the University of Aberdeen (Scotland, UK). Her research interests are in General Statistical Science, Bayesian Statistics especially subjective probability assessment, Environmental Statistics, Time Series Analysis, and Multivariate Statistics Professor Alawadhi published more than 50 articles in refereed journals, presented 36 papers in conferences. Prof. Dr. Hayrettin Okut was born in 1961 in Erzurum-Karayazı. He graduated from Atatürk University Faculty of Agriculture in 1985. He completed his master's degree at Van Yüzüncü Yıl University, Institute of Science in 1988 and his doctoral degree in 1992 at Ege University, Institute of Science. During his doctoral education, he was sent to the University of Minnesota in 1990-1991 with Article 39 to attend lectures and conduct research on Statistics-Biostatistics-Quantitative Genetics.

In 2005, he was invited by the University of Italy-Palermo as the European Union Maria Curie European Transfer of Knowledge scholar, and he taught doctoral students and faculty members on 3 different subjects for 4 months there. In 2007, he received funding from the European Union Advisory Board with a project he prepared with Northern Ireland-Queen's University-Belfast and the project was completed in 2009. In 2009, with the senior research assoc. scholarship given by the University of Wisconsin- Department of Animal Science, he worked on Artificial Neural Networks, gave lectures at the graduate level and organized workshops. In 2014, he was invited to teach doctoral students on "Mixed Models for Genetic Data" at the University of Palermo, Italy, with the Nell'ambito del Progetto scholarship. In 2015, he was awarded a scholarship by Wake Forest University, School of Medicine: Genomic Centre and Personalized Medicine department to work on "Machine Learning and GWAS" to carry out data analysis of many projects and teach graduate courses. In 2018, he retired from his position in Van Yüzüncü Yıl University, which he highly valued, and started to work at the Department of Population Health, Kansas University-School of Medicine, and he still holds the same position.

During his time at Van Yüzüncü Yıl University, Hayrettin Okut held various positions, including the head of the Department of Biometrics and Genetics, Head of the Department of Animal Science, Vice Dean of the Faculty of Agriculture, Director of the Computer Science Research and Application Centre, Director of the Institute of Science, Deputy Dean of the Faculty of Agriculture, Van Yüzüncü Yıl University Rector Assistant and Chairman of the Board of Directors of the Yüzüncü Yıl University Development Foundation and in 1999 undertook the duty of establishing the university's internet infrastructure. He is married and has a child. Prof. Dr. Arzu KANIK, PhD, Dr.Kanik Professor in Biostatistics. Founding member of MedicReS (Medical Research Support) Vienna Austria, and MedicReS Scientific Director since 2007. She was born in Ankara, Turkey graduated from Ankara High School, she has obtained her Ph.D. degree at the Biometry and Genetics Department of Ankara University. Dr. Kanik gained research experience at the Natural and Applied Science Research Institute of Ankara University at the Biometrics Department as a research assistant between 1990- 1999.

She was appointed as the founder of the Biostatistics Department to Mersin University in 2000. Until 2016 December, she was the chairman of this department. She was director of Vocational Health School at Mersin University between 2010- 2014, She was director of student affairs between 2006-2008 She was a visiting professor at Harvard University between August - December 2011 in Boston. She highly concentrates on postgraduate medical research education and she is editor in chief in MedicReS Publications.

She was appointed as the founder of the Biostatistics Department to the University of Health Sciences,. She is also the founder and director of AEK Research and Education Company. She is the director of the developer team of E-PICOS software. Currently, she is working at the University of Health Sciences, Istanbul. Dr Kanik is also Member of The Board of Advisors for Turkish Ministry of Health about Covid 19 Vacciene developments . Dr. Kanik has authored over 200 research articles, reports, and reviews. The h index of Dr. Kanık is 38. According to webometrics 2019 Dr. kanık's rank is 260 among more than 4000 rankings of scientists in Turkish Institutions She has two adult children.